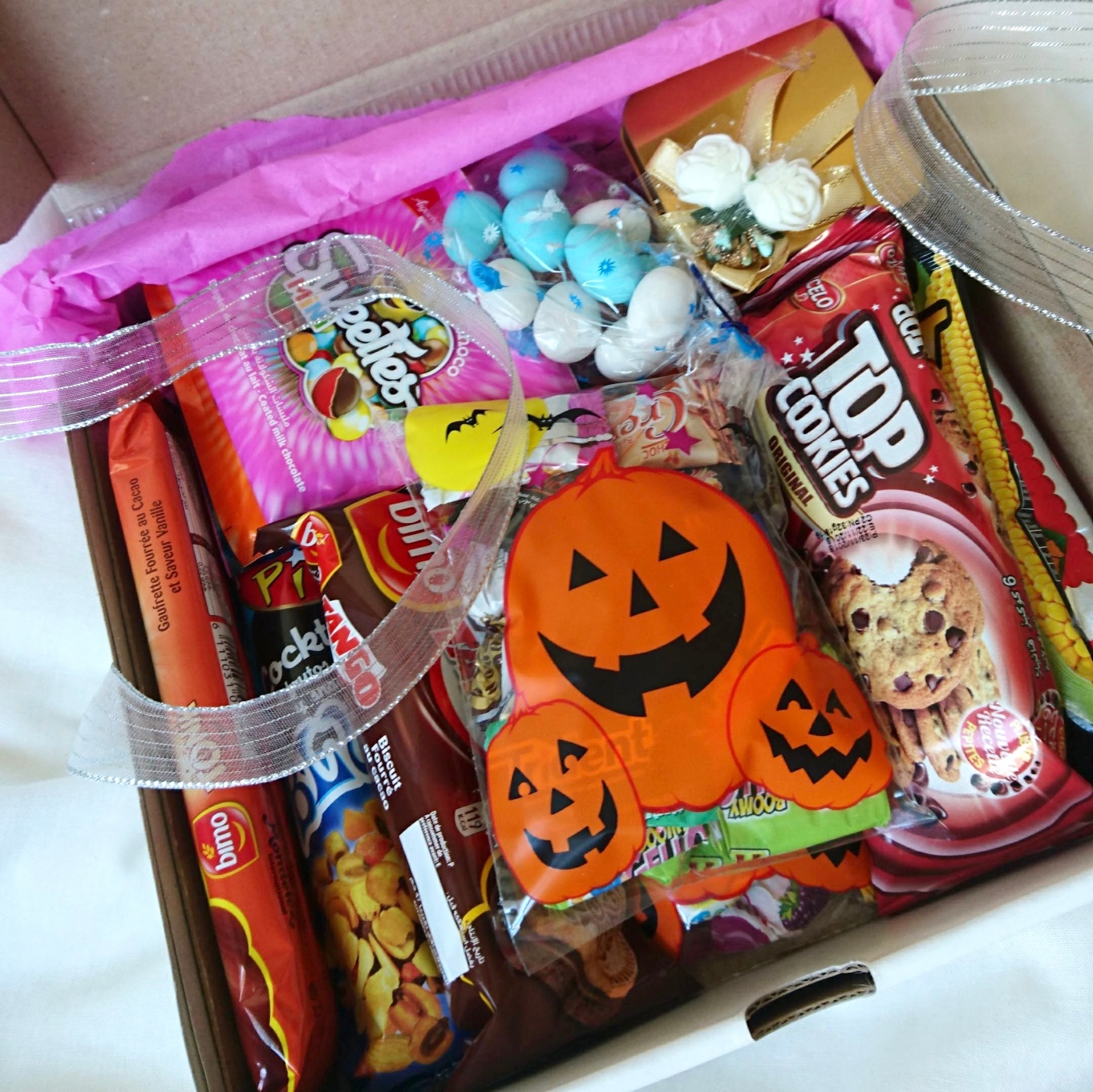 Living in Morocco during a young age means I’ve tried all kinds of snacks and rubbish food, from cheap ones that taste funny although the expiry date was somehow still valid, all the way to great ones that are usually imported from abroad.

In this post, I highlight the contents of the mini snack box I’ve sent my Dutch friend that no longer lives in Morocco as a reminder of our childhood and what we mostly enjoyed devouring. I refrained from getting liquids to avoid any spillage and focused on small dry snacks instead. Also, instead of leaving the sweets scattered in the box, I used little bags I had from last Halloween, hence why the Halloween-themed drawings.

P.s: It was hard but I tried to name these things as best as I could in English. 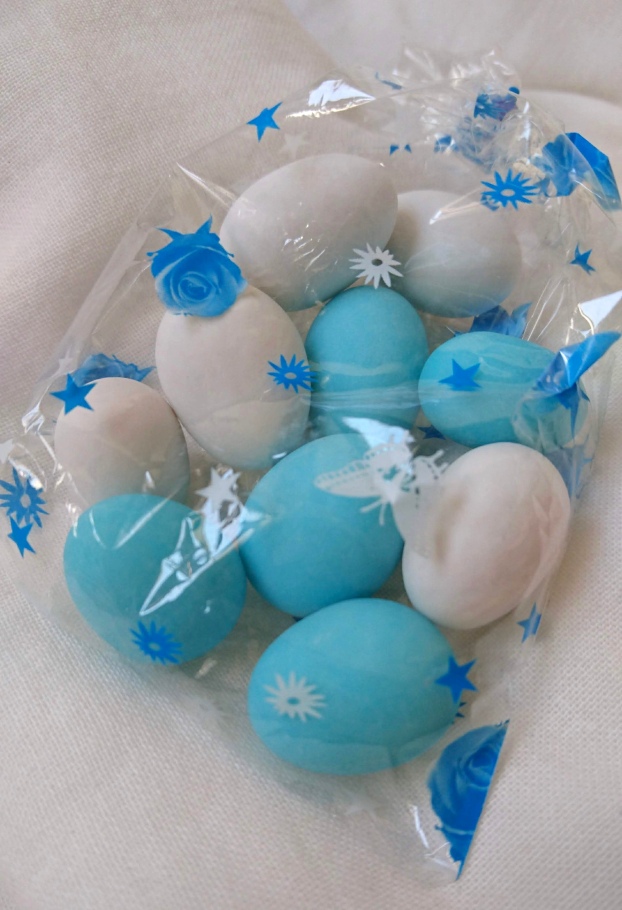 A bite-sized form of confectionery with a hard outer shell and chocolate on the inside. They’re usually given during celebrations such as baby showers or weddings, but you can easily get them from most grocery shops. Despite the low quality chocolate, I absolutely love them until this day. 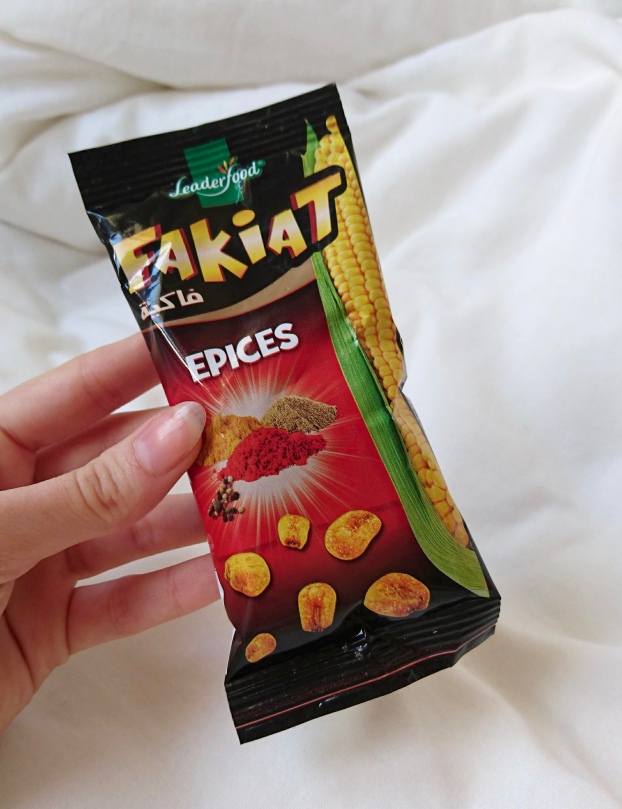 Salty crispy fried corn has been an obsession of mine for a while until I’ve eaten so much of it I couldn’t stand it anymore. However, this always reminds me of the old days, especially the non-flavoured simple ones. Small packets were always passed around in school during class or recess. They stink, but they’re gooood. 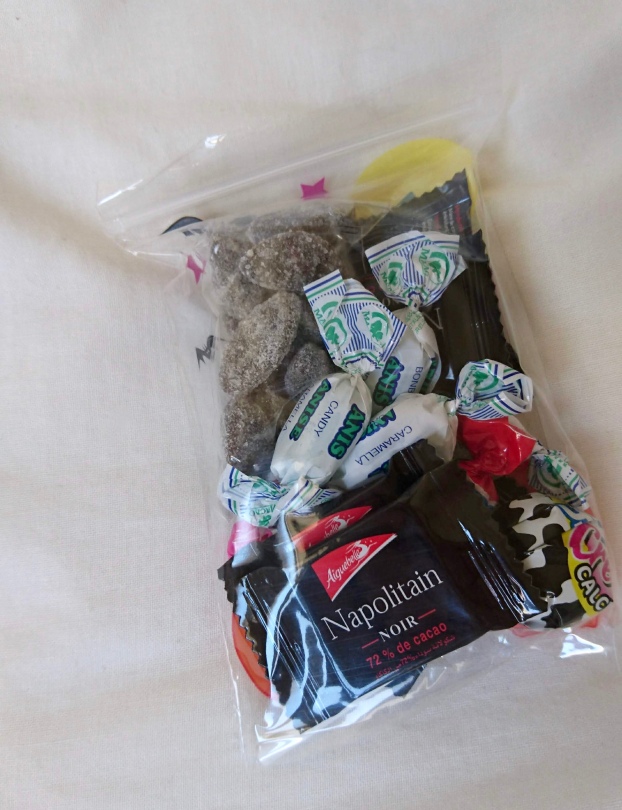 Cheap candy was one of the things we loved spending pocket-money on. I absolutely loathe fennel which is what Anis is made of so I gave them all to my friend. The tiny black sweet liquorice covered in sugar is probably the only type of liquorice non-Dutch people can enjoy. And just like crispy corn, the dark chocolate was an obsession for a very long time until I’ve had to take a break. 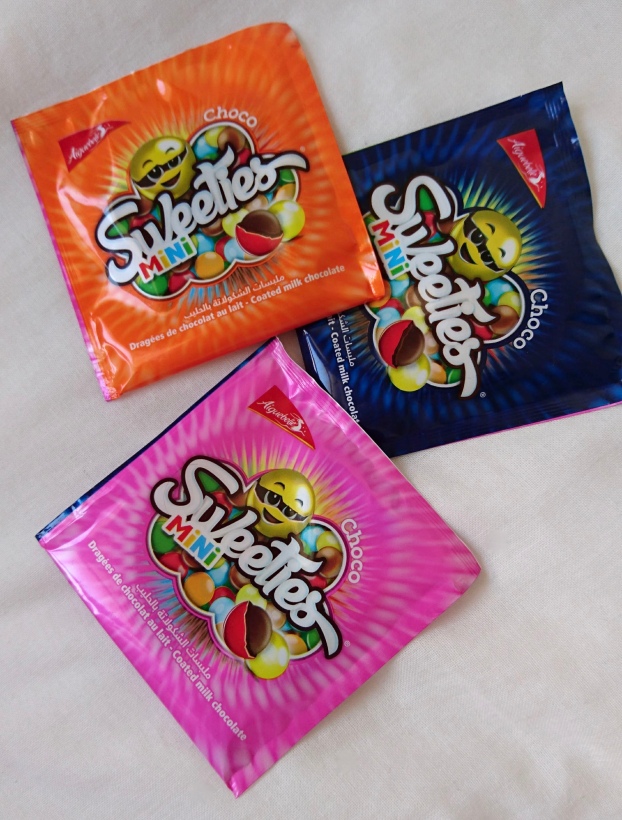 A clear M&Ms dupe, these were so damn cheap one couldn’t help but get a packet or ten whenever possible. The original packaging was white, but apparently they decided to make it more ‘fun’ and appealing to kids nowadays. I remember this being such low quality chocolate, but because it was so cheap and would eat anything coated in sugar we didn’t mind. 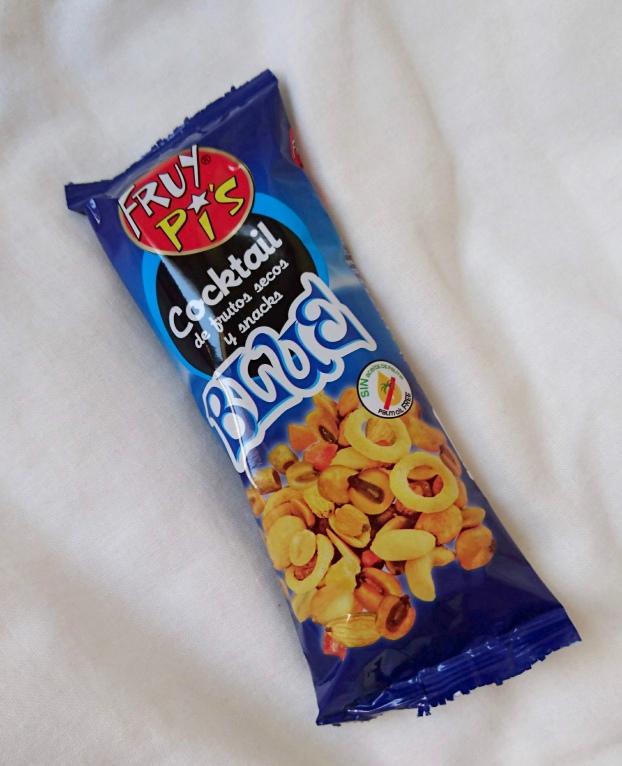 A mix of crispy corn, sunflower seeds, crisps and dry fruit, this was so salty it made your lips dry for a couple of days at least and I loved it. Seriously, I still eat this every now and again despite knowing how bad such high amount of salt is for you. This would also be passed around during class despite it making your breath stink afterwards. 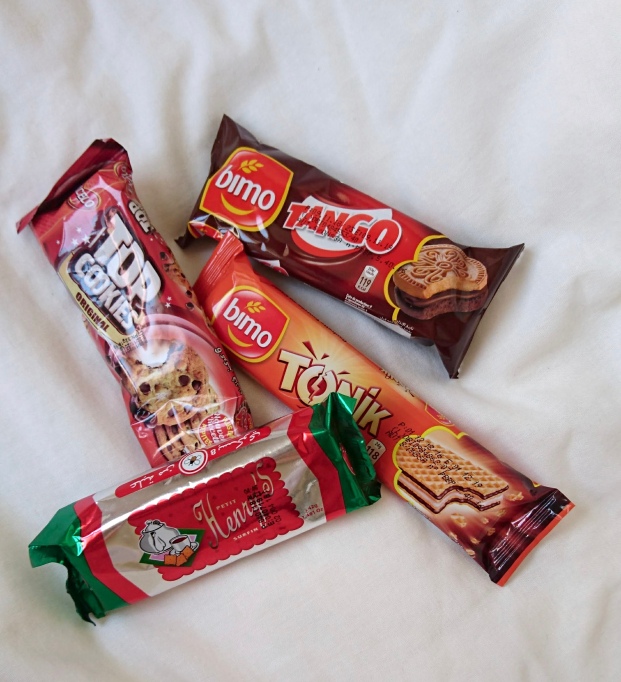 Seriously, every single Moroccan in Morocco knows Henry’s, Tonik, Tango and Cookies. The packaging changed a bit for cookies as they have several colours now for some reason. I’ve had so much of it as a child it’s sickening. These are all of such cheap quality yet nice to have. Most kids ate this as their snack during recess, combined with a thick strawberry-flavoured milk we call Raibi. I hate the combo but understand the appeal. 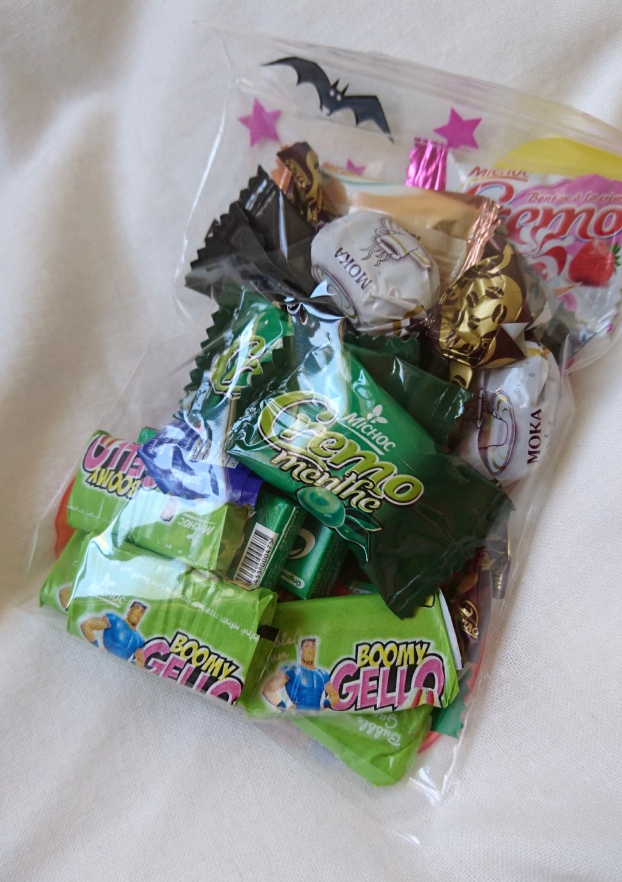 I don’t drink coffee but my friend is obsessed. Therefore, it was a no-brainer to include the coffee sweets she would like now and was also a fan of growing up (seriously, she was the only person that bought these I guess). Cremo is a brand that made several types of sweets with different flavours. Instead of getting the strawberry ones just like everyone else, my friend also got the disgusting mint ones. At least her breath always smelled nice haha. 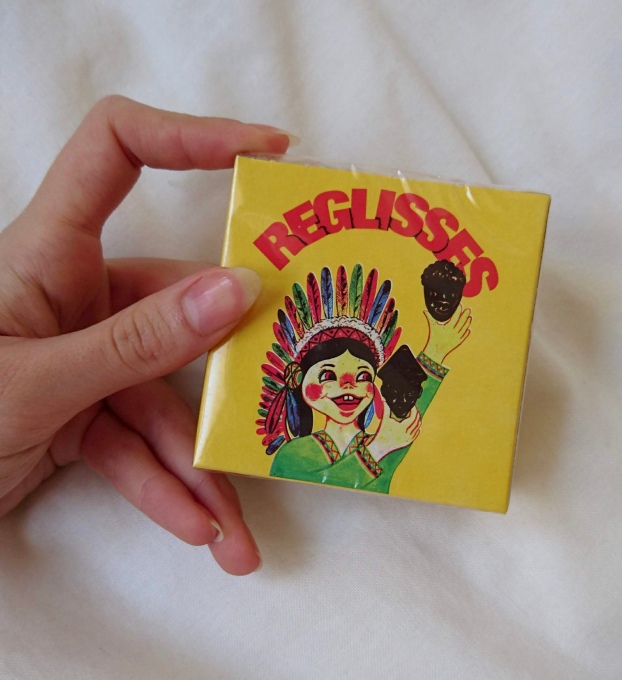 Which snack would a Dutch person buy the most in a foreign country? Probably liquorice. This one is very light and soft it’s actually edible. Moroccans used to find it disgusting, they’re lucky they haven’t tasted the actual hardcore Dutch liquorice that would make this one taste extremely fake. I’m not the biggest fan of liquorice, but I do like every now and again. However, I remember how my Dutch friends enjoyed these. 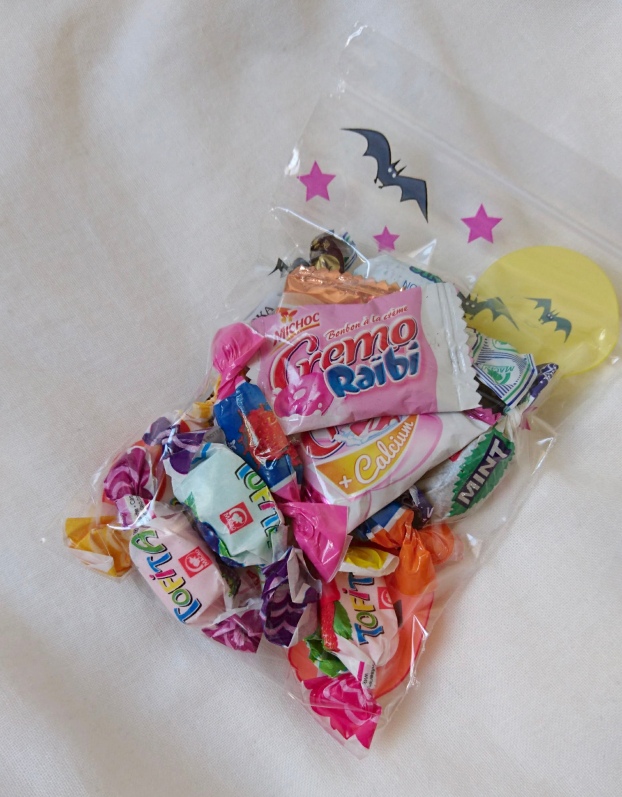 This is the oldest type of candy I can remember. My grandmother always gave it to us when we visited, my aunt always brought some with her when she came to see us, and we always bought bags and bags of it with pocket money. It’s so sweet your teeth would hurt just by looking at it. It was also weirdly greasy I don’t even want to know why.

I wish I could add so many more items and liquids one box wouldn’t be enough. What’s your favourite snack in your country? In case you’re Moroccan, which snacks would you add? Let me know in the comments!