Although I’m not a huge fan of extremely sugary beverages, as I much prefer water or a simple o.j, when I saw the beautiful packaging of these Arizona drinks I was instantly drawn to them and had to try every single one (Yup, that’s the kind of person I’am).

There are 8 flavours of these drinks (25.00 MAD each wich is +/-2.00 €) available in a shop called Taste of America located in Mega Mall, Rabat. The shop has a few boring American goods that they change once every decade I guess, because we could think of a lot of other things we desperately need here (hello B&J flavours!). With that being said, I do find myself stopping by everytime I’m there to look at everything again and again and again (Am I exposing too much of the type of person I’am in this post though?).

Let me just say beforehand that whoever invented the phrase “Don’t judge a book by its cover” was damn right, so I believe you can already sense where this review is going.

I’m not a fan of fake strawberry drinks as they tend to be too sweet, so I don’t think I’m gonna like this.

Nice. Like syrup and water which it essentially is. It does remind me a bit of cassis berry (blackcurrant).

Drinkable but bitter. Doesn’t really taste like strawberries at all.

Again, not a fan of lemonade nor do I like iced tea, but I’m hoping for the best.

Excuse my language but it honestly smells like cat pee (no I don’t own any cat nor have I ever smelled their actual pee, but I’ve smelled similar stuff).

It’s actually better than the first one. Quite bitter as well but has a slight hint of lemon.

I seriously can’t imagine how they could add sweetners to an already sweet drink. This is most definitely not gonna be as nice as its packaging (none of the drinks have been so far).

It’s bascially cold water and sugar. Green tea is quite light so they should’ve paired it with another flavour instead of plain sugar. 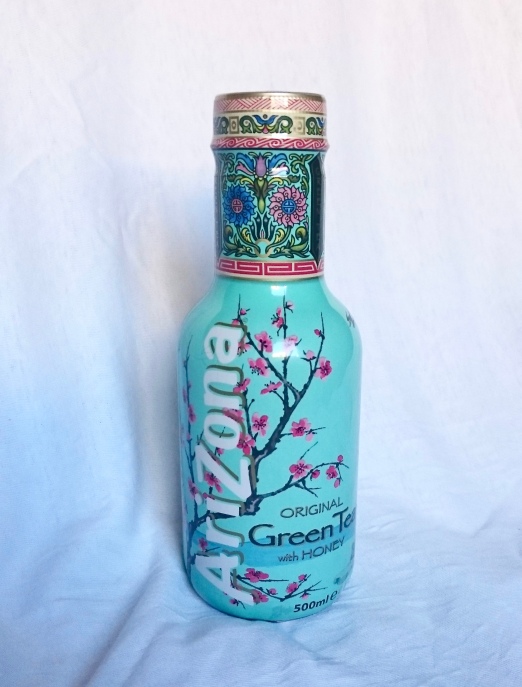 This is going to be horrible. Remember when i suggesed pairing green tea with something else? Honey was definitely not on the list! To be honest, I’ve tried this about a year ago and I remember hating it so much. If you couldn’t already tell, I’m not a fan of honey.

Yup! Just as awful as i had expected. It literally tastes like the previous one only worse due to that honey flavour (who drinks this??!). 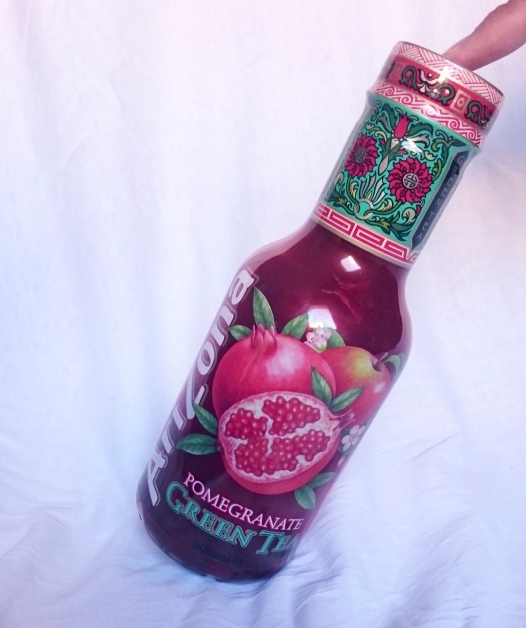 Cold green tea is just not my thing, so I have very low hopes.

A bit better than the previous ones obviously because of the pomegranate.

Extremely sweet but I’d take that over the other flavours any day.

I think this is gonna be as sweet as the pomegranate one if not sweeter.

Good. It’ll make you even thirstier because of the sugar but it’s fine.

This one looks so good I pray to God they won’t ruin it. It’s probably gonna be super sweet though, but I think we’re already over the fact that these drinks are just sweet by now. Also, the lid has pineapple, pear, mango and kiwi drawings so I don’t think this is purey watermelon flavoured.

Unbelievably sweet with aan after taste of pears. If a child were to drink this he’ll probably be jumping up and down for 48 hours straight.

I’ve also had this one before and I remember it being nice.

Grapes and a very bad after smell. Only God knows what they actually put in these drinks.

Typical blueberries and sugar. Definitely one of the better ones.

All in all, this was quite interesting. It’s fair to say that I’m never buying the green tea ones ever again. If I were ever in need of a boost of energy and extra thirst, I’ll make sure to repurchase one of the “tasty” ones.

I’m constantly hunting for new things to try, so if you have any suggestions, make sure you leave them in the comments, and click ‘like’ if you enjoyed this or press ‘follow’ so you don’t miss any of my future posts!